Sigh. So here’s today’s weigh-in numbers. Notice the +.  I have tracked every single bite I’ve put into my mouth since July 19th.  I have not gone over my points a single week.

So I will repeat the usual self-reassurances: It’s a marathon, not a sprint.  It’s a lifestyle change, not a diet. Look at the big picture. Back in July, you would have been thrilled to weigh what you weigh now. And repeat. Repeat. Repeat.

What can I do differently so that next Friday I will be happy with the number on the scale? Three things:

The idea for these came from my sister, Janice, who posted the recipe on Facebook.  It’s a White Lily Flour recipe.  I revised it to better fit in with the WW Blue Plan, and I actually came up with a couple of variations. These are 4 points each (WW Blue Plan) if you use the Velveeta slices, and 3 points if you use the Canadian bacon. I had one for dinner tonight, and I am stuffed!

Notice in the photo above, the egg white that flowed out into the pan. It was fine! The top two have the slice of Velveeta, and the bottom two have the Canadian bacon. I liked the ones with the Canadian bacon best – and they were one point lower! Both were delicious, though!  A serving includes one of the large biscuits with the egg in the middle along with one of the smaller cutouts.

I was doing my usual morning scroll through Facebook this morning when I came across a post from Vanderbilt Children’s Hospital (officially Monroe Carell Jr. Children’s Hospital at Vanderbilt University). In the post, they asked that people who were caretakers of children who received treatment at Vandy to post a photo of their child and tell a little about their story.

It was both heartbreaking and heartwarming to read the comments – over a hundred. Then I came across one comment that has stuck with me.

Morgan Fuller died at the age of 17 from cancer. She was treated at Vandy.  Until I read her father’s post this morning, I had never heard of her.  However, she seemed wise beyond her years – which is common among childhood cancer fighters.  Once, while speaking to a crowd at a Relay for Life event in 2016, Morgan said, ”What if you woke up tomorrow with only the things you thanked God for today?” Read that again:

“What if you woke up tomorrow with only the things you thanked God for today?”

What a perspective! God/Jesus/the Holy Spirit, family, friends, a home, food on the table, freedom, so, so many things to thank God for each day!

Right now my nightly routine after I get into bed each night is to recite to myself The Lord’s Prayer, and then Psalm 4:8. That’s one of my Atomic Habits.  I will add thanking God for all my blessings. What a wonderful and peaceful way to end each day!

The weather has turned cooler, and I saw something on Facebook about Zero-Point Taco Soup. I didn’t need persuading – that immediately became what I would make for dinner. I didn’t have taco seasoning on hand, and so I made a quick trip to Kroger to get some.

Within ten minutes of getting home, the soup was simmering on the stove. What could be simpler than opening a bunch of cans, a package of chicken breasts, and some seasoning, and dump it all in the cooking pot! The only other step was to shred the chicken after it had cooked.

I served it with a dollop of nonfat Greek yogurt (instead of sour cream) and a little grated Cabot 75% Reduced Fat Sharp Cheddar Cheese. Both of those are 0-points, too. If I used more (half ounce +) of the Cabot cheese, it would move to a point, but I kept it under 1/2 ounce. It was both tasty and filling. It tasted so good, I had a second bowl – and I counted the cheese as 1 point since I had two helpings of it!

Here is how I made it:

Zero Points on WW Blue Plan. Be sure to add points for any toppings you choose.

When I got home from an appointment earlier today, I wanted a latte or macchiato; I needed an early afternoon energy boost. I started to make a caramel macchiato but then noticed that the jar of sugar-free caramel had “Refrigerate after opening” on it. It has been sitting next to my espresso machine for a couple months. I tossed it in the trash.

With no caramel (except full sugar – which would add 6 points for 2 tablespoons – and I would want more than 2 tablespoons!), I decided to go with a latte instead.

I got a large glass and filled it with ice. Then I poured 4 ounces of espresso over the ice. And since I REALLY like my coffee drinks sweet, and since I had just bought a bag of golden monkfruit sweetener, I added 1 1/2 Tablespoons of it to my latte.  I finished filling up the glass with unsweetened vanilla almond milk, and stirred it.

The golden monkfruit sweetener is a brown sugar replacement. So it gave the latte a caramel-y flavor – which I loved.

Weight Watchers points? The only ingredient with points is the almond milk – and it’s 1 point for 1 cup. I used less than a cup, but will count a full point anyway. It is delicious! Just imagine: a large coffee drink for 1 point! I will be making these more often! 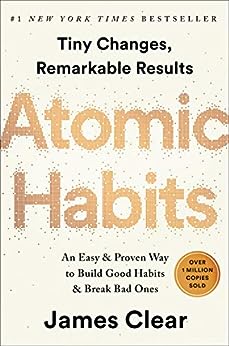 Sometimes we come across a book that actually changes our lives. That happened to me a couple years ago when I read a book titled Atomic Habits by James Clear.  The basic premise is that if we set big goals, we often set ourselves up for defeat since big and perfect goals take so much time and effort. However, if we work on small habits – 3 minutes of exercise each morning, cutting out one teaspoon of sugar in our coffee, writing one thank you note each week, making two business calls before lunch – then it becomes like compound interest. The benefits snowball over time.

Back in March when this pandemic isolation began, I decided that one atomic habit I wanted to develop was getting outside for just a few minutes each day.  Here is a video I made on today’s walk. Excuse the breathlessness! I had just walked up a hill. I could’ve waited till I caught my breath to start the video, but this is calling “Living Real with Carol!” and the reality was that I was a little breathless at the moment.

I had fast food after an appointment today. Fast food for lunch – and it was only 3 points.  I ate AFTER I made the video, and I ended up eating only half the salad.  So , in the video I say it’s 4 points. However, my actual points were:

Everything else was 0 points (grilled chicken, and lettuce, tomatoes in salad, and less than 1/2 of the light Italian dressing packet)

I made personal pizzas tonight – one for my husband and one for me.  Pizza is one of my all time favorite dishes!  The last time we had pizza was during the summer when I ordered one from Domino’s Pizza, and it was less than delicious. It was so bad, in fact, that it turned me off from wanting pizza for a couple months.  However, lately after eating so much chicken and tuna and lean beef, I have yearned for something a little more indulgent.

After reading about 2-ingredient dough, and then researching and finding an even better (supposedly) dough recipe, I decided to give home-made pizza another try.

First the dough. I got the recipe from My Bizzy Kitchen. Here’s that recipe:

I didn’t  put my dough in the microwave to rise. As a matter of fact, I didn’t let it rise at all because we were making pizza right away.

I divided the dough into four equal parts. We used two of those for our two individual pizzas tonight. I put the other two parts in a Ziplock bag in the refrigerator for pizza later this week. (Note added: We used the extra dough three days later for another two pizzas, and it was perfect! So it keeps well in the fridge for at least three days). The flour is the only ingredient with points. So each of the four parts contain 1/2 cup self-rising flour – which is 5 points on WW Blue Plan.

The photo above shows our two pizzas ready to go in the oven. That’s mine on the bottom – and Ron’s at the top. He added additional sauce on top of his other ingredients. It looks like a barbecue pizza, but it isn’t – just lots of pizza sauce! That’s because he doesn’t usually each much pizza crust because of his blood sugar. Thus, he wanted to be sure he had plenty of the toppings.

In the photo above, the pizzas are on a pizza stone that I bought from Pampered Chef years ago. I had put the pizza stone in the oven while I made the dough. So it was piping hot when we put the dough on it.

I sprayed my hands with butter flavored Pam to smooth out the dough on the pizza stone. Then once we had it spread out, my husband and I added our favorite toppings.

These are the toppings I put on my pizza:

Sargento Light mozzarella string cheese (1 point per stick), cut crossways into thin circles. In the photo above, you can see the small circles of mozzarella.

At the top of this post is a photo of my baked and ready-to-eat pizza. I forgot to take a photo until I had cut it and put the pieces on a plate.  It was delicious! The crust has a little bit of a tangy taste from the yogurt. I really liked it. One great thing about this recipe is that the dough took only a few minutes to put together. And, of course, the toppings were delicious.

And the best thing of all is that the whole pizza is only 7 points. My first pizza in over two months. And I still have 5 points left for today!

Weight Watchers has just come out with two drinks – Cafe Latte and Mocha Latte. Here’s my review of the Cafe Latte!

I was reading a devotional book the other day, and it talked about how sometimes we let problems and worries take over; they become idols to us. It was a different way of looking at things we tend to obsess over, and it made me realize that my weight issues have become like an idol to me.